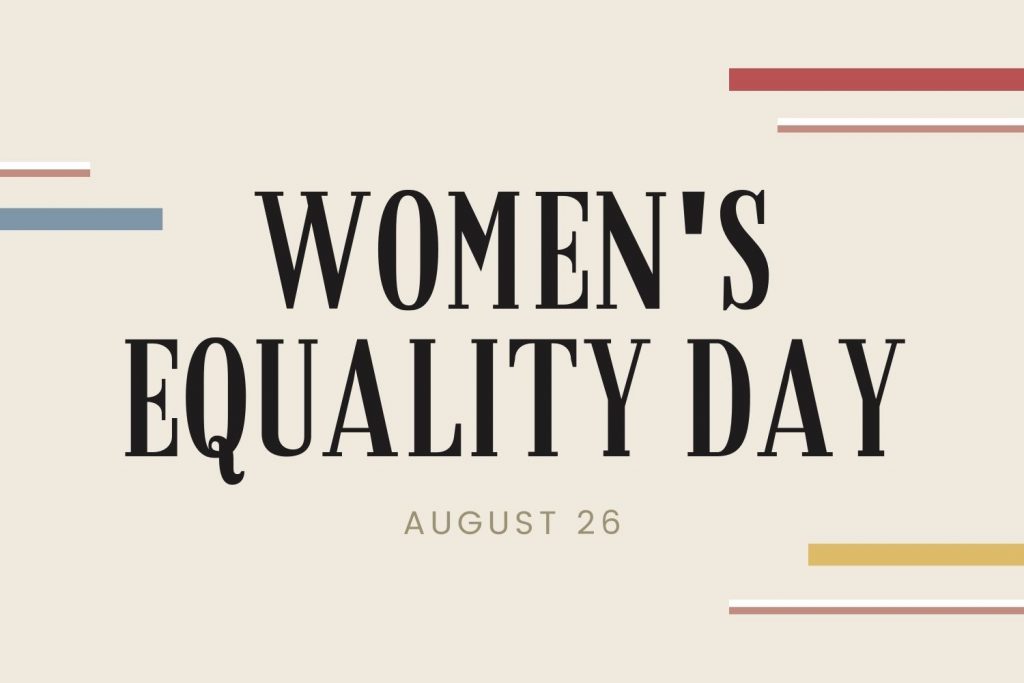 Women’s Equality Day: Learning from the Past and Fighting for the Future

101 years ago, on August 26th, 1920, then Secretary of State Bainbridge Colby signed the Nineteenth Amendment into law, giving American women the right to vote.[i] The persistence and courage of the early suffragists inspires us today to continue the fight against the oppression and exploitation of women and children worldwide. To create a brighter future for women in America and around the world, we must not only look forward, but remember what was behind.

When the United States was founded, women could not vote, own property, or hold a passport. They had no legal status, and were viewed as the property of their husbands or fathers. In 1776, the wife of Founding Father John Adams pleaded with her husband to “remember the ladies”; however, her request went unheeded, and women were excluded from the Constitution and the institutes of democracy.[ii] Nearly 75 years later in 1848, the first American movement for women’s equality began at the Seneca Falls Women’s Rights Convention in New York.[iii] For the next 72 years, American suffragists would continue to fight for the right to vote against anti-suffrage organizations until the Nineteenth Amendment finally passed in 1920. [iv]

In 2021, American women, as well as women from other countries have made great progress in the fight for gender equality. In the United States, Title VII of the 1964 Civil Rights Act prohibit employers from gender discrimination and the Fair Pay Act of 2009 prohibit wage differences due to sex. [v] Internationally, Finland became the first country to have a female member of parliament in 1907, and by 2003, 60% of countries national legislatures were made up of at least 10% women. [vi] However, there is still work to be done; women worldwide still face considerable amounts of violence, particularly in the forms of trafficking, exploitation, assault and domestic violence. [vii] Fighting for women’s rights, including the right to vote, is a key aspect of countering human trafficking; “unequal access to education, traditional practices, limited possibilities for women to access or own land and property and other forms of discrimination increase the vulnerability of women and girls to trafficking”.[viii] Empowering women and vulnerable populations by ensuring their human rights are recognized is essential in ending human trafficking.

In the words of Abigail Adams, when celebrating Women’s Equality Day, “remember the ladies” who came before us and who will come after us. [ix] The persistence and bravery of the early suffragists despite opposition shows us how we are to fight for oppressed and exploited women worldwide. The history of women’s suffrage in America is a powerful example of how women in the past have raised their voices for those of them that still had none. By learning from their example, we can be sure that by continuing the fight for women’s equality, trafficked and exploited women and children around the globe can gain a voice and freedom, reclaim their dignity, and see justice fulfilled.